Fairground organs, or band organs, comprise some of the most colorful automatic musical instruments ever made. These instruments, loudly-voiced so they could be heard above the surrounding din, provided music for carousels, carnivals, circuses, amusement parks, skating rinks, and similar attractions. The North Tonawanda band organs were sold primarily for use in skating rinks, which accounted for about 90% of the company's band organ business.

The Silver Beach Carousel had three band organs over its 50-plus years of operation. This model was the third and last to operate in the park. Originally manufactured by the Herschell Spillman Company in 1911, its ownership and location prior to 1945 is unknown. 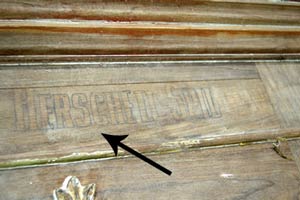 Restoration revealed the outlined original lettering on the organ façade. 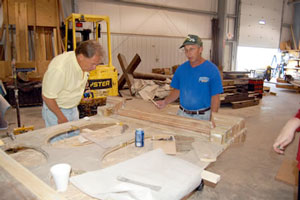 Ken Kaszubowski, lead operator and band organ enthusiast, reviews restoration work with a specialist from The Carousel Works of Mansfield, Ohio. It was located at the Silver Beach Amusement Park in St. Joseph, Michigan, from 1945 to 1972. Upon the park’s closing and the sell-off of the rides, the organ was purchased by Gerry O’Reagan of Staten Island, New York, who later sold it to Alan M. Gibson of Houston, Texas in 1983.

It was then acquired by Fritz Gellerman of DeLand, Florida, in 1994. In the spring of 2001, he sold the organ to Ben F. Donaldson II of St. Joseph. In July 2001, Ben, his wife Alice, and their family formally donated the band organ to the Silver Beach Carousel Society, Inc.

During a recent full restoration of the machine and its façade, paint stripping revealed the original outlined letters from the manufacturer (Herschell Spillman Company). The lettering was re-applied and four scenes from the frames on the façade.

Sadly, Ben Donaldson passed away in November 2009, just weeks before the band organ was to be placed in the building housing the new Silver Beach Carousel. In its new location the organ once again thrills the ear with the familiar marches and waltzes known to generations of carousel riders.

An Inside Look at the Band Organ 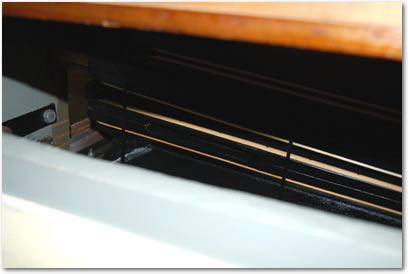 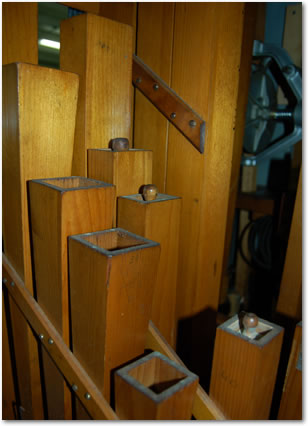 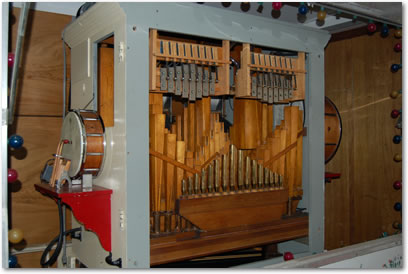 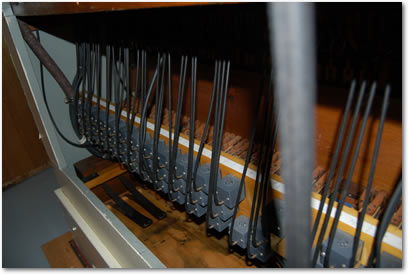 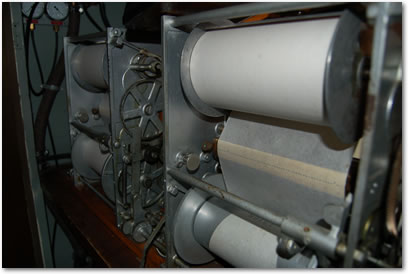 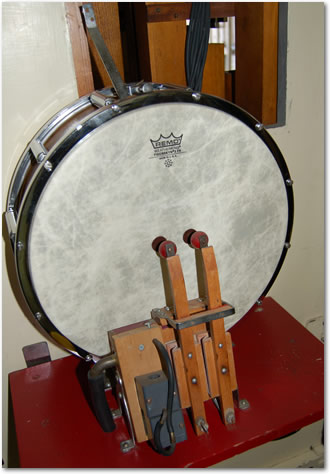 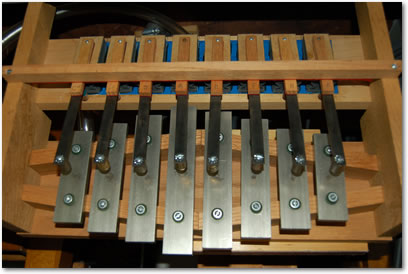 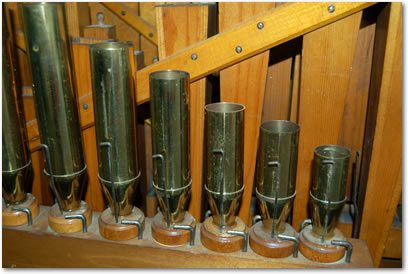 This particular model was made in two versions, identical in appearance: the Style 87, which used a pinned cylinder as the music recording medium; and the Style 187, which used an endless paper roll. Most surviving North Tonawanda band organs have been converted to paper rolls with either the Artizan or the Wurlitzer roll mechanisms. This band organ was converted in 1929, probably at the Wurlitzer factory, to the Wurlitzer style 150 duplex roll system. The duplex system has two roll mechanisms, so arranged that when one reaches the end of its roll it automatically switches to the other roll player and rewinds the first roll. In this way the machine is capable of continuous play.